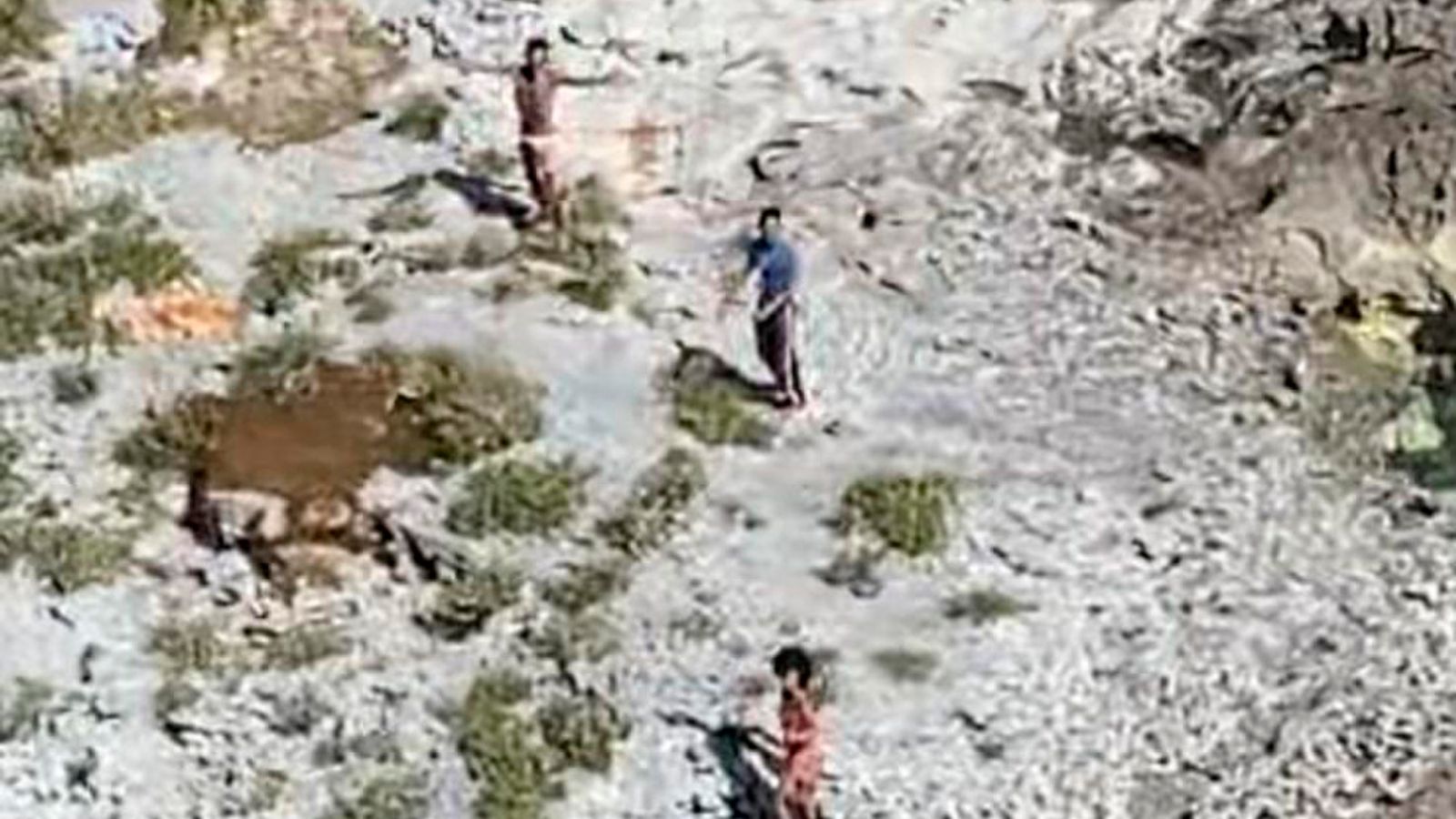 Two women and men who had been stranded on a abandoned island for 33 days had been rescued after they waved flags to get the eye of a passing US Coast Guard helicopter crew.

The crew had been reportedly on a routine mission off the Florida Keys.

Helicopter pilot Mike Allert advised American digital tv station WPLG: “We had been alerted to them by the flags that they really had along with a big cross that they put on the market for themselves.”

Mr Allert mentioned he determined to fly again round Anguilla Cay to analyze and a crew returned to the island on Monday 8 February to drop water, meals and a radio.

The trio was stranded on an uninhabited Bahamian island between Key West and Cuba, the company posted on Twitter.

A helicopter crew returned on Tuesday to choose them up.

Coast Guard officers tweeted that the trio had been from Cuba.

They advised officers their boat had overturned in tough waters and so they had been in a position to swim to the island.

It was not instantly clear whether or not they had been migrants trying to get to the USA, or in the event that they had been simply misplaced at sea, US Coast Guard Petty Officer Brandon Murray advised the South Florida Solar-Sentinel.

They had been taken to a medical centre, the place none appeared to have critical accidents.

“I can not recall a time that we saved individuals who had been stranded for over a month on an island,” he advised the newspaper.